Almond shelling machine is more commonly used in the field of almond food processing, the machine will crush the shell of the almond at the same time, the initial shell and kernel screening. In addition to processing almond sheller, such as hazelnut, and other similar nuts can also be shelled processing, with a wide range of flexible use fields.

How to peel the shell of the almond?

Almonds are the seeds of the fruit of apricots. After the pulp of the almonds is eaten, the seeds can still be edible by opening the hard outer shell of the seeds.

So how do you peel the shell of an almond? Generally, a small amount of almond shell, we need to use a small pincer specially used to open nuts. Only need to place the almond on the end of the pincers, a pinch can easily open its shell.

However, for some almond food processors, this kind of manual almond shell opening way is not feasible, but need to use a special almond sheller.

An almond shelling machine is a shell sheller for nuts like almonds. Due to its efficient sheller and screening efficiency, it has been widely used in the shell processing of nut products in recent years.

Such an almond shelling machine will be an essential tool for both manufacturers who have been processing nuts for many years and those who are just starting an almond business.

How does the almond shelling machine work?

The structure and operation principle of the sheller is very simple. After almonds from the mouth into the body, almond shells can be squeezed. And the first burst of the shell and almond nuts together fall into the sieve. Under the action of vibration, due to gravity, shell, and nuts will conduct a preliminary screening. And is discharged from the discharging mouth of the different.

What happens to almonds after they are opened and how are they stored?

After the processing of the almond shelling machine, the shell has been basically opened. And the next step is to screen the parts that have not been completely separated from the kernel. This process can be done by using the shell kernel sieving machine.

So how do you store the resulting raw almonds properly? In general, exposure to air, moisture, and light can speed up the process of decay of raw almonds. So store them in an airtight container if possible, or in a cool pantry.

How do you easily crack almonds? 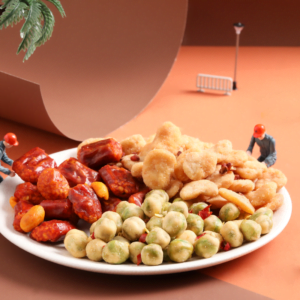 What can the flavor coating machine be used for? 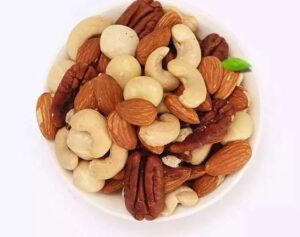 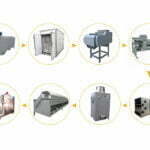 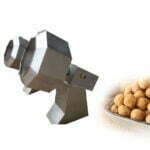 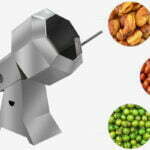 The introduction of an octagonal seasoning machine